The staff of the Aranui were tremendous, welcoming and professional. There were several special evenings and even a Polynesian Breakfast. We would often have a lovely dinner in a harbour, very festive with very little boat motion. These are photos of the Polynesian Banquet.

Tave helped me make purchases in the shop and often helped us tie our pareau on securely. The staff participated in both looking after us and entertaining us. They were all quite talented. Even the men of the Supercargo did a haka for us one evening that was quite amazing.

Ric dressed for his performance and James ready to show his model boat. Aranui expects everyone to do most of the activities.

So the Polynesian night is definitely a night to remember. The flower crowns alone made us feel like we were in Paradise. If you go on the Aranui, join in. Don’t hold back.

Richard and Rene arrived on the ferry from Rhodes and after a coffee on board Mercier, we went looking for the vegetable markets at the Bazaar.  Instead Ayjin the Barber saw us and decided the boys needed to be made “younger”.  Here are the photos.

The sequence of events is waxing, threading, fire in the ears, massage, straight edge razor shave,masque, hair cut, trim the eyebrows and all while dancing and doing Michael Jackson impersonations.

There has been a change in Croatia; the weather is changeable and the crowds seem to be diminishing as well.

Its been busy, Milna was very quiet but enjoyable, but we were too lazy to blog.  Split was busy and our friend, Lesley joined us for the next sector of Mercier’s Voyage.

In Milna, we stayed at Marina Vlaska which is at the mouth of the harbour going into Milna.  There were several benefits to staying here.  Great showers, beautiful swimming beach right around the corner ( there could be no swimming in Milna Bay, too dirty) and the Illyrian Restaurant, which along with Croatian food, did a great Thai Curry and Sate. We did walk into Milna town, with its great chill out bars, but Marina Vlaska was the place to be.

From here it was an easy trip up to Split, which was a busy town but not as busy as the week earlier. Italian schools went back on Monday and we haven’t heard nearly as many Italian accents since then. 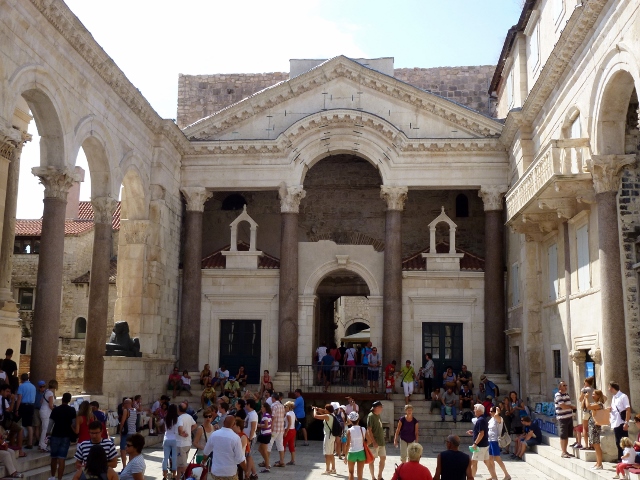 Before coming to quiet Stari Grad, we shared the ACI Marina with a yacht rally.  All chartered yachts – what a party. Here are a few outtakes.

Korcula is a lovely island northwest of Dubrovnik, with a walled city fortress and history going back hundreds of years.  Francesco Da Mosto did a documentary (Francesco’s Mediterranean Voyage Ep.3) including the Moreska Korcula or the traditional sword dance of Korcula. In this land narrated by its history of invaders, this story is about a lovely girl who is captured by the Black Prince and saved by the Korculean prince.

We were in Korcula on the night the Moreska was playing and had a most interesting evening. First people watching as every seat was taken in the ‘theatre’ space, the welcome by  a CJ Craig* look alike MC in five languages, traditional songs sung acapella by the Korcula equivalent to the Circular Quay chorus and finally the  Moreska itself. Here are a few photos.

Sparks fly off the swords, the good guys win but the interesting fact is that this is a family tradition. These men are following in the footsteps of their fathers, grandfathers and other ancestors.   Croatia is a land of tradition and new beginnings. 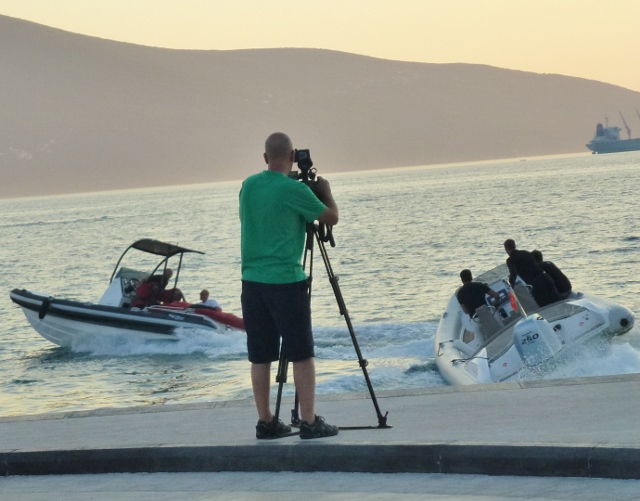 Followed by a hi-speed boat chase