Hands up if you knew Wrangell is the third-largest city in the US by land area (2,541 square miles), with a population of about 2,500 people. 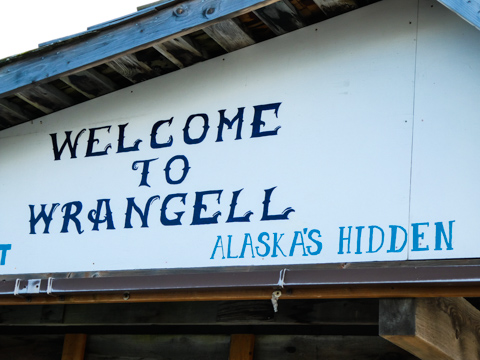 We simply could not pass up on the opportunity to show you sunny Alaska photos.

We came north from Ketchikan and had a quiet day in Wrangell.  We walked up past totems and churches to Volunteer Park.  A gorgeous park, which is tended by Wrangell volunteers, so we expected to see see people out in the sunshine but in Volunteer Park we saw only bald eagles soaring overhead and at every green forested corner or boggy muskeg, we would shout out “Hey, Bear”. We did consider that we may have missed the ‘there are bears in Volunteer Park, give it a miss this weekend’ notice.  Every rustle in the woods would inspire us to chat away. We did not want to startle a bear.

Muskeg is an Alaskan bog, comprised of sphagnum moss and decomposing plant materials. Muskeg can hold up to 30 times its weight in water. The bog slows and captures spring floods and rain allowing the moisture to release slowly in drier conditions. Great country for beavers, but we didn’t see any. Only eagles and one little brown bird with a bit of red, that hid as soon as we appeared.

The Wrangell museum was splendid, one of our favorites. Considering the area Wrangell was in has been governed by four nations and three flags, the museum weaves through the artifacts left by Tlingit, Russian, English and US settlers. Wrangell was a major supply center for the Klondike Gold rush.

There were also Asian artifacts which show both Japanese and Chinese came looking for glory and riches.

One thing we loved about the town, was that everyone seemed to have a small green house in their yard, to start their vegetables before the ground was thawed. 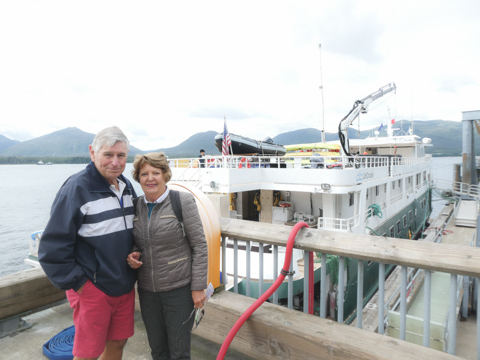