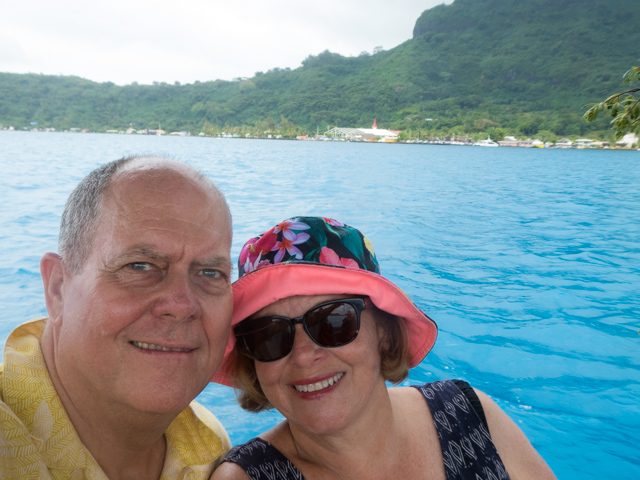 There is so much antiquity here in Greece, at times it is hard to comprehend that Delphi was first settled in the Bronze Age and it became an important sanctuary or shrine to Apollo around 800 years BC.

Delphi was considered the centre of the world, with an Oracle who would speak in tongues and priests that would ‘interpret’ after gathering all the gossip and chat from all corners of the world and then repeat it back as the message from the Oracle. It seemed all the city-states of Greece had treasuries here, so much wealth poured in as offerings to Apollo.

This was our first warm day in Greece, walking up the side of Mt Parnassus in 35 C degree heat (95F). Our idea was to stop in the shade and then finally get up to the Stadium where we were high enough to capture the breezes.

There must have been six tour buses, including ours so the idea was to stay just behind one crowd and just in front of the next. There is also a museum at Delphi, which we didn’t have time for as we had to make our way to Meteora.

Earthquakes changed the area and the Gulf of Corinth which once lapped the base of Mt Parnassus, is not as close and there is a fertile valley floor full of olives and pines.

We arrived at Riposto after battling 30+ bullets of wind coming down from Mt Etna.  We are sleep deprived, because for nights we have been joggled and jiggled in marinas or at anchor.  There has been no respite.  There hasn’t been much sleep either, so we were glad to get into Riposto which is very well protected and the promise of stillness made us smile. There was a 40 metre motor yacht, with a 5 piece jazz band playing Cole Porter and Sinatra on the upper deck. Sublime.

Then suddenly the cacophony began. We realised it was a Feast day or a festival and initially the church bells rang ever so politely.  At first one church beginning and we sighed, smiling when they finished, one minute later the next church would begin, ending finally in dueling church bells  Do you know how many churches are in even a small town like Riposto?

Ah, but the bells weren’t  the end of the noise; even in daytime, there were rounds of fireworks. Loud fireworks from Riposto pier in broad daylight with puffs of white smoke. Later, louder fireworks from nearby Giarre. Then more church bells, changing churches but going discordantly for about 20 minutes. Please note this was Saturday.  They went into the night with the last splendid 60 minute fireworks display taken in by we two zombies.  Pale faces and dark circles under our eyes, clapping feebly, wishing for the noise to stop.  We collapsed into bed and slept so soundly until the church bells began ringing to wake us for matins, here at 6:15 am.

We couldn’t spend a whole noisy Sunday here in Riposto, so we decided we would take the train  to Taormina.  We had missed Taormina because it was too windy to anchor in the bay yesterday.  The train station is beautiful. Giardini-Taormina, a very 18th-19th century station, with beautiful columns and painted ceilings. We took the bus up the 2 km hairpin turn path. Breathtaking.

What it is about hill top villages? Especially hilltop villages that over look the sea, Taormina is beautiful and ancient. Shops abound up and down every alley. We peered into bakeries of beautiful marzipan, cannoli, almond biscuits and toffees. Gelaterias and cafes abound.

We looked onto balconies planted with flowers and pots of majolica soldiers.  We ambled, looking at shops and found ourselves at the Teatro Greco.  The Greeks, thousands of years ago, built a theatre in Taormina and the arches behind the stage looked out over Mount Etna. The Greeks were perhaps the original view junkies.

I just keep looking at Etna, saying please don’t explode, I like you just the way you are.

[For the two hours we having been working on this blog, the church bells have rung for about 35 minutes, simultaneously with wonderful fireworks and in the foreground the restaurant’s band singing the Beatles.  Tonight, we aren’t so tired, we are enchanted.

Yesterday, we spent a very quiet day at Vulcano, one of the two active volcanoes in the Aeolinan Islands.  The smell of sulphur is redolent over the island and even out on the boats, it wafts out on a continuous cloud belched out by Vulcano.

We had just anchored and we looked up and saw a water spout hanging from a increasingly dark cloud.   We race for the cameras, hoping the water spout will keep going and pass us all by.

The water spout does disappear, but we have a sudden intense squall. In thirty minutes, the rain moved away and just an hour later the beach was pink and golden in sunset.

Today was a red letter day, we were up early to be on our way to catch the right current to take us through the Messina Straits.  Here is where Odysseus had to worry about Scilla and Charybdis.  Water spouts are common and one book wondered if it was a waterspout that carried off six men.  There are whirlpools at several places along the straits, not as strong now as in antiquity but I wouldn’t like to be caught in a squall in this narrow funnel between the Ionian Sea and the Tyrrhenian Sea.  The current is visible in the Straits and going against it is very hard work. The Swordfish boats are quite unique and there were several trying to sneak up on sleeping sword fish as we were coming through the Straits.

We had a look at Messina this afternoon, the Duomo’s Bell Tower is fascinating.  Messina itself is very new, compared to Italy in general, first it was flattened in a earthquake and then heavily bombed in WWll, some beautiful old buildings are still standing.

We are in the Aeolian Islands, aka Lipari Islands.  I have been under the misapprehension that these were two separate groups of islands.  Lipari is the largest of the Aeolian Islands and people use the names interchangeably. These islands are all volcanic with two active volcanoes.

We met a very nice lady from Manly, who inherited a house on Lipari from her grandparents. She was born and raised in Sydney, but now spends her Australian winter here in Lipari.  After WWll, 23,000 people left the Aeolian Islands, mainly for Australia and a lesser amount went to Argentina. Many of those people still live today in Five Dock.  In fact the owner of the marina we stayed in, the excellent Eol Mare in Pignataro, has family in Five Dock.  On the beach in Canneto, we saw an Aussie flag waving proudly.

Eol Mare, Pignataro  is about 2 kms out of the center of town, with plenty of bus services and taxis. We thought a hotel van was the bus on our first day, we waved him down and he gave us a lift into Lipari.

The marina’s in town played a breathtaking game of Duelling Masts, in fact, the advice is if you stay there sandwich yourself in between two motor boats, so you don’t have to worry about your mast being dealt a death blow from a larger yacht. We were watching two masts one afternoon and we couldn’t look away. Lipari has every type of sailing vessel known to man and the effect of the wash was terrible to behold.

We took a walk up to the Cathedrale di San Bartholmeo with more of the steep flat stairs to negotiate.  We had heard the paintings were of a high standard, but what was fascinating was the door to the old Norman Church, circa 1053, which became a Benedictine Monastery.  It was very rustic and the old columns were re-used Roman Columns. There were also tiled floors in a partial reclamation like those we had seen in Ostia Antica.

Yesterday, we went on an excursion to Panarea and Stromboli, stopping for a swim off the coast of Isola Panarea and then going to the village of Panarea, which is very stylish and trendy.  If I were coming to the Aeolian Islands, I would be quite happy to spend it on Panarea, the islands was beautiful.

Off we went to Stromboli, which Heikell says is the original lighthouse. You would be able to chart your course through the Messina Straits by charting. Stromboli guided the Big O ‘towards the twin perils of Scylla and Charybdis’.

On the island, you see quite a bit of posted material on meetings points for earthquakes, tsunamis and a big blow.  The sand beaches are obsidian black, shiny and belie the fact, that while Stromboli seems tame, it may only be temporary.